Representing our clients’ rights for over 50 years, Schreiber & Schreiber has effectively advocated thousands of favorable dispositions as well as not guilty verdicts after trial. Practice in the criminal defense area is strategically challenging and contingent on preparation of an aggressive defense. At Schreiber & Schreiber Law, we have extensive experience working with all types of criminal charges from probation violations to the most serious criminal charges. It is important to note that in the eyes of the law, one is presumed innocent when they are charged and it is the prosecution’s burden of proof to find a defendant guilty beyond reasonable doubt. 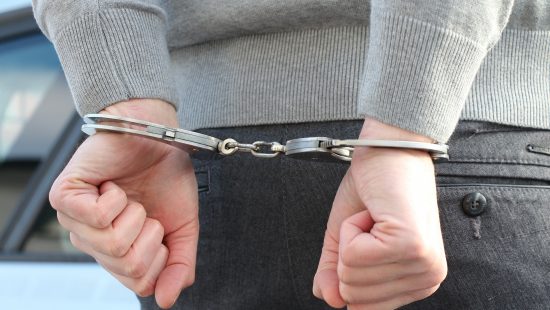 We are committed to the defense of all our clients, no matter what the charge, and our familiarity and experience with the legal process ensure your rights are protected to the fullest extent of the law.

We specialize in cases pertaining to:

At Schreiber & Schreiber we provide the following types of criminal defense for your protection:

MISDEMEANORS – A misdemeanor charge is almost always heard in the district court. Most misdemeanors carry a maximum sentence of $1,000 fine or one year in jail. They include but are not limited to domestic violence and DUI charges (first and second offense). Prosecution is handled by the local town or city unless it’s the State of Rhode Island bringing the charge in which the Attorney General would be the prosecutorial department. Cases heard in the Rhode Island District Court are heard by a judge. In the event there is a trial, the defendant may file a de novo appeal to the Rhode Island Superior Court. This means the case may be heard again by a judge or jury and nothing that occurred in the district court may be considered by that fact finder. Trying cases is something few lawyers do. The vast majority of criminal charges are pled to. At Schreiber & Schreiber, every prosecutor knows that our office will be prepared to try any case and the prosecutor should be prepared to do so as well. This is an effective and essential element of all negotiations which result in a disposition. Going the extra inch, foot, yard or mile is what separates Schreiber & Schreiber from others.

VIOLATIONS / BAIL HEARINGS / RESTRAINING ORDERS – Depending on where the individual is on probation, both the District Court and Superior Court may have jurisdiction for a violation and or bail hearing. Again, aggressive legal representation is necessary to ensure one’s rights and best interests are protected. Schreiber & Schreiber practices in the District Court and Superior Court on a daily basis protecting defendants rights’ and preserving justice.

FELONIES – A Felony is a more serious charge. There are different types of felonies including capital offenses. Jurisdiction for these cases lies within the Rhode Island Superior Court. The defendant is entitled to have a trial by jury of their peers who hear their case. Schreiber & Schreiber has tried cases to verdict prevailing in some of the most serious of charges which if convicted, most surely would have resulted in a lengthy prison term. Our clients are guaranteed an aggressive and prepared defense in which they are fully informed of the strengths and weaknesses of their case in order for them to make a decision on whether or not to proceed to trial. It is preferable to avoid trial in most cases, however, in certain circumstances, it is unavoidable. The client makes the decision to proceed to trial based on recommendations and information. Once that decision is made to proceed to trial, Schreiber & Schreiber, its resources and personal attention, combine to ensure the best legal defense is afforded that client. Again, aggressive representation with compassion, preparation and integrity is what separates Schreiber & Schreiber from others.